0
was successfully added to your cart.
Press enter to begin your search

No category of beer has been as rapidly evolving as the India Pale Ale. A style originally rooted in England, emerging during colonial trade, it has taken a trajectory that places it far from its origin. Among the multitudes of subgenres of IPA, the West Coast and New England tend to be the most represented.

West Coast IPAs are a deep amber color, with a strong and forward hop bitterness. New England IPAs are a much newer iteration, featuring a hazy golden body and tropical hoppy aromatics from a process known as “dry hopping.”

Brightside IPA seeks a balance between the two coasts. Dubbed an American IPA, Brightside features a euphoric blend of American hops, providing notes of citrus and ripe melon. Behind this resides a balanced bitter backbone reminiscent of the West Coast school of IPA.

Brightside features a deep golden body with a light unfiltered haze. Complex, but balanced and gentle, it is a perfect marriage of the most prominent styles of India Pale Ale. Between West Coast and East Coast, Old School and New School, exists Brightside IPA, a measured expression of the American IPA. 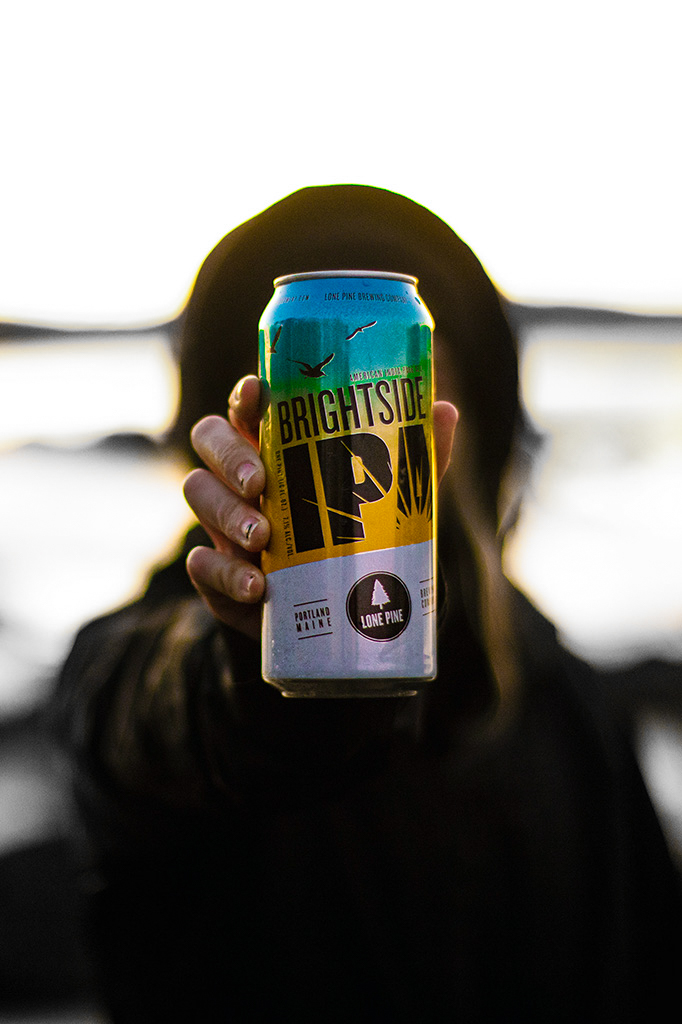